In January 2021, the US Food and Drug Administration (FDA) issued draft guidance for Investigational New Drug (IND) Submissions for Individualized Antisense Oligonucleotide Drug Products Administrative and Procedural Recommendations. Sponsor-investigators developing individualized antisense oligonucleotide (ASO) drug products for severely debilitating or life-threatening genetic diseases are the intended audience of the regulatory guidance. By and large, individuals with such diseases will likely not have FDA-approved treatment options available to them, and these diseases typically exhibit rapid progression, resulting in devastating irreversible morbidity and/or early death.

In these instances, the FDA has acknowledged that a large number of patients will not be targeted in drug development, due to the specificity of mechanism of action of the ASO drug product, as well as the rarity of the patient population that can be considered treatment amenable. The administrative and procedural aspects of interacting with the FDA regarding drug development programs for individualized ASO drug products are outlined in the draft guidance issued by the Agency, including:

Even though the guidance is intended for individualized ASO drug products, the Agency has stated that the principles and practices outlined in the guidance may be applicable to the development of other types of individualized drug products, including non-ASO drugs. Sponsors who are considering applying these principles to other drug products are encouraged by the FDA to consult first with the appropriate review division prior to embarking on drug development activities.

An antisense oligonucleotide (ASO) is a short string of chemically modified deoxyribonucleic acid (DNA) or ribonucleic acid (RNA) which recognizes and binds to a complementary target genetic sequence. This results in a down regulation of the target gene. In most cases, ASO binding to a section of target RNA reduces, or produces, the expression of the dysregulated target protein which is the cause of the genetic disorder.

When considering treatment options for diseases caused by genetic mutations, antisense oligonucleotide drugs are essentially tailor-made for the treatment of such diseases. Spinraza, a spinal muscular atrophy (SMA) drug that was approved by the FDA in 2016, is one example. Over 8,400 patients in 40 countries are being treated with the drug, and through a continued, years-long trial, promising data have been generated. The patient population of the years-long trial consists of 24 newborns with the most severe SMA mutation. At symptom onset and 6 weeks old, infants participating in the trial were treated with the drug, and at an average of 4 years old, 96% of the children can walk without assistance, and each of them can breathe on their own, without the need for additional aid or assistance.

The future of antisense oligonucleotide drugs and therapies

Greater than 10,000 human diseases are caused by single gene mutations, all of which impact approximately 1% of the population, or roughly 3.3 million people in the United States. While treatments for some of these diseases are already available to patients, ASO therapies may not be an option for a number of diseases, as those diseases may not be considered severe enough to warrant ASO therapies. It has been estimated by experts that individualized ASO drugs could be developed for approximately 15% of the population who are impacted by single-gene mutations, thus improving the quality of life for hundreds of thousands of patients.

Oligonucleotide drugs are fundamentally built upon a common “platform”, leading to the consensus that the technology is highly versatile. Antisense drugs present a reliable and consistent method of delivery to tissues of interest, as ASO drugs that have the same chemical modifications generally act in similar ways within the body. The sequence of bases to target specific genes provides scientists with an opportunity to dial in different targets using information from genome-sequencing experiments of patients with rare diseases or from genome databases.

Due to their versatility, ASO drugs and therapies hold promise for a wide range of diseases, from Alzheimer’s to hypertension, and over 100 ASO drugs are in various stages of development. Even though all of these drugs will not make their way to the marketplace, approval for patient use has been granted for 8 ASO drugs, to be used in the treatment of rare diseases, in both Europe and the United States.

ASO drugs specifically provide an opportunity to deliver targeted therapies to neurological targets. The genetic basis for most of these neurological diseases were discovered in the 1990s and are now being utilized in the development of ASO therapies. For patients suffering from ALS and Huntington’s Disease, treatments are in sight, as ASO drugs to treat these diseases are in the final stages of clinical trials.

Antisense oligonucleotide therapies are offering hope to patients and their families where there was previously none, and this technology has made the development of therapies tailored to individual patients a possibility. Both patients suffering from very rare genetic diseases, as well as broader patient populations, will benefit greatly from these scientific breakthroughs. The FDA’s recent guidance for carrying out “N-of-1” clinical trials, in which a single patient is the entire study population, also provides significant benefits.

“Individualized” medicines are a reality and are expected to continue to be a focus for growth and expansion. Individualized medicines will enable the medical system to serve those with unmet needs, and particularly, those living with very rare conditions and diseases.

ASOs are truly chemically unique, as they are neither small molecules nor large molecules, which presents both challenges and opportunities. For hundreds of years, small molecules have served as the foundation of therapeutics, and much success has been seen with large monoclonal antibodies for the treatment of a myriad of diseases over the past 20 years. While some ASOs exhibit unwanted ‘rich pharmacology’ that, at times, needs to be evaluated and refined throughout the pre-clinical development stage, they can be highly tuned to target specific nucleic acid sequences. Over the past 2 decades, progress has been made to address inherent liabilities with modifications to the structural elements of these compounds.

For example, the native phosphodiester linkage between nucleic acids has been modified with the replacement of an oxygen for a sulfur to provide a phosphorothioate linkage. This has proven to be effective in slowing down the digestion of the compounds by nucleases and increasing serum binding once introduced to patients, thus increasing both half-life and bioavailability. While synthetic and medicinal chemistry advances move ASOs forward, biochemical and analytical means of evaluating these newly developed compounds must also keep in stride.

The cell membrane must be penetrated by ASOs to engage with their target, as is the case with many other therapies. Cell lines, such as Madin-Darby Canine Kidney (MDCK), have found favor within the industry as a tool for measuring gut permeability and thus evaluation of oral bioavailability. The evaluation of ASO formulations (for example, various nanoparticle formulations) and rate of permeability can be enabled with the use of MDCKs. The MDCK cell line is maintained by Element’s cell culture lab. Regarding the disease specific cellular uptake, the Element team is experienced with differentiated stem cells, immune cells, bone cells, and others. Utilizing primary cells as well as immortalized cell lines coupled with analysis via droplet digital PCR (ddPCR), currently the most advanced variation of PCR being used today, or enzyme-linked immunoassay (ELISA), the cellular uptake of ASO compounds can be accurately measured. Fluorescent tags, biotin tags, and fluorescent polarization are also useful tools to aid in the measurement of ASO binding. To determine off-target effects of the drug, one can study the identification of ASO-protein interactions (serum vs. membrane vs. target nucleic acid).

While the aforementioned experiments are extremely valuable to aid in the progression of drug candidates toward clinical studies, the next important step in clinical development is the establishment of a robust chemistry, manufacturing, and controls (CMC) package. This includes the documentation demonstrating the purity, potency, and safety of the ASO drug product formulation, including residuals and elemental impurities. Fortuitously, these studies are well understood and follow the same guidance as small molecule drugs. Element is well-equipped to develop and carry out cGMP validation for drug substance and drug product analytical methods. Additional requirements that may be needed in particular for ASO drug products include extractables and leachables USP<1663>/<1664>, development of methods for impurities and related substances, as well as the design and execution of phase-appropriate stability studies. From discovery through development and launch, Element stands ready to assist your organization to progress your ASO pipeline forward. 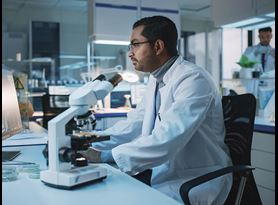 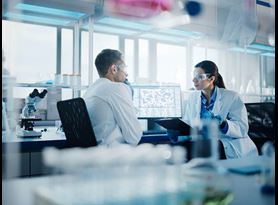 Element’s phase-appropriate monoclonal antibody (mAb) characterization and analytics services are tailor-made to meet your needs throughout the biopharmaceutical product lifecycle. 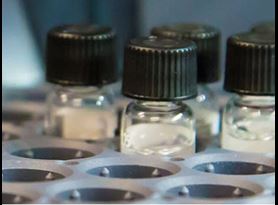