Prior to 1996, two regulatory pathways, over the counter and prescription, were available for animal drugs. Congress enacted the Animal Drug Availability Act (ADAA) in 1996 with the goal of encouraging the approval and marketing of new animal drugs and medicated feeds.

A segment of the ADAA addresses the administration and ordering of these products under the professional supervision of a licensed veterinarian. For example, the use, administration, and ordering of specific antimicrobials are restricted to licensed veterinarians. Similar to humans, bacterial resistance to drug products can be developed in animals, and as a result of these safety concerns, a new category of products, referred to as veterinary feed directive (VFD) drugs, were created within the ADAA.

The guidance discussed in this article primarily supports veterinarians, VFD feed distributors and manufacturers, and owners or caretakers of animals who are required comply with the 2015 veterinary feed directive final ruling.

First and foremost, a veterinary feed directive is a written statement issued by a licensed veterinarian that orders a specific VFD drug be used on an animal. The directive itself allows the caretaker of the animal to obtain and use the product only to treat the animal according to the approved manner of use. A veterinary feed directive (VFD) drug has been defined by the US Food and Drug Administration (FDA) as “a drug intended for use in or on animal feed which is limited by an approved new animal drug application.”

When a new animal drug application is submitted to the FDA’s Center for Veterinary Medicine (CVM), the application is reviewed and evaluated by the CVM in a manner similar to which the FDA reviews applications and submissions for human drugs. A determination is then made by the CVM as to whether the animal drug will be regulated as an over the counter (OTC), prescription, or VFD drug.

Regulatory guidance requires the following information to be fully and accurately included on any and all VFD orders, as detailed in CFR 558.6(b)(3):

Additional information may be included, at the discretion of the registered veterinarian, as described in 21 CFR 558.6(b)(4), which also has been listed below:

The purpose of VFD regulations and answers to frequently asked questions

For the purposes of filing the VFD, who is the "client"?

When filing a VFD, the person or parties responsible for the care and feeding of the animal(s) receiving the VFD feed are the client.

For a VFD, how does a veterinarian determine the expiration date?

At times, the expiration date of a VFD is determined by the FDA as part of the approval process for the drug, which can include conditional approval or an index listing. The expiration date specifies the period of time during which a particular VFD drug is lawfully allowed to be administered to an animal by way of animal feed containing the aforementioned VFD drug.

When the expiration date is not listed within the approval, conditional approval, or index listing, the expiration date cannot exceed six months beyond the date of issuance. Nevertheless, it is up to the discretion of the veterinarian to use their medical judgment and consideration of multiple factors, including the type of animal, intended use of the VFD, the health animal, treatment history, etc. to determine a suitable expiration date.

What is the VFD duration of use, and how does it both relate to and differ from the expiration date?

The VFD expiration date, as mentioned above, defines the lawful period during which a client, or animal caretaker, is authorized to administer animal feed containing a VFD to an animal. However, the duration of use is determined either by a licensed veterinarian or stated on the label of the approved VFD drug. This timeframe cannot be more than six months, and it is important to note that it is unlawful to administer VFD feed to animals after the VFD expiration date has passed.

Yes. VFD feed that has been legally distributed under a VFD which has expired can be used under a VFD. However, it must conform to the approval of the VFD drug, as well as published VFD regulations. The VFD feed can also be used with another group of animals under a new VFD if the use is consistent with the new VFD authorization.

Can the caretaker of an animal decide when to stop administering the VFD feed?

No. The client, or caretaker, cannot decide when to halt the administration of a VFD feed. If the veterinarian who assigned the VFD assigned it for 36 days, the client must supply the animal the VFD feed for 36 days, as required by 21 CFR 558.6(a)(1).

In situations where the assignment of the VD includes a date range, the veterinarian may rely upon their professional medical opinion and discretion to determine an appropriate duration of time. Veterinarians are also permitted to add notes that modify the duration of time for the VFD feed. For example, feeding may be discontinued after 25 days, but prior to 36 days, when no symptoms have been observed for [X] days.

What or who is considered a “distributor”?

A distributor is any person or entity who distributes or manufactures a medicated feed containing a VFD drug to another entity. The other entity could be another distributor or the client-recipient of a VFD. Feed mills are also responsible for complying with the requirements applicable to distributors of VFD feed found in sections 558.6(a) and (c) of the FDA’s VFD regulations.

What are the responsibilities specific to distributors?

The responsibilities of a person or organization who distributes animal feed containing a VFD drug are:

I’m a manufacturer and distributor looking for the right lab to partner with. What experience does Element have working with animal feed?

Element offers a comprehensive suite of services tailored to the animal health industry, including quality control, regulatory support, packaging compatibility, and formulation and process development. Similar to human products, the regulatory organizations extend beyond the finished product. Element’s consultative teams of scientific and regulatory experts are here to help guide you throughout the animal health product development life cycle to ensure safe, efficacious, and high-quality products are brought to market. 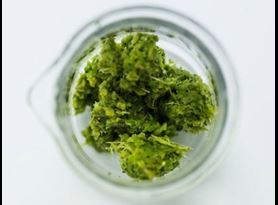 Element's food safety testing will help ensure that your food product is safe, quality, and fit for the public.