Hot Melt Extrusion and its Role in Pharmaceutical Applications

Enhanced bioavailability of poorly soluble crystalline and potent active pharmaceutical ingredients (APIs) can be achieved with the use of hot melt extrusion (HME), an efficient, robust and powerful solvent-free processing technology for drug delivery.

Drug developers are presented with several challenges when crystalline APIs are used in pharmaceutical formulations, including poor dissolution, incomplete absorption and decreased bioavailability. Yet, these challenges can be overcome with the implementation of hot melt extrusion technology, and as a result, sustained, modified, time-controlled and targeted drug delivery with optimal efficacy can be achieved. Furthermore, the challenges that bitter-tasting APIs present can be overcome with HME, as solid dispersions with taste masking polymers can be formed with hot melt extrusion.

The use of HME in pharmaceutical formulation development

Several dosage forms are candidates for hot melt extrusion, including:

The same standards for traditional pharmaceutical formulation techniques are applied to hot melt extrusion, including requirements for purity and safety.

While most of the raw materials used in hot melt extruded formulations are also generally used in the production of other solid dosage forms, there are specific requirements regarding the thermal stability of individual components when materials are being selected for HME applications. The success of pharmaceutical formulations that are processed by hot melt extrusion is heavily reliant upon material selection, which includes complex active pharmaceutical ingredients, as well as functional excipients, which may include:

The active pharmaceutical ingredient and functional excipients are embedded in a carrier formulation, which is typically composed of one or more substances that melt throughout the extrusion process. Polymers and low melting point waxes are examples of carriers that are commonly used in HME formulations. It is important to note that non-polymeric carrier materials can also be used in hot melt extrusion formulations, however, carrier materials have a significant impact on drug release kinetics (e.g., drug release rate, dissolution, diffusion and erosion) for HME formulations. Consequently, the compatibility of the drug substance and carrier materials is critical.

When dosage forms are being developed, the final formulation and processing choices are also greatly impacted by the properties of the API. Given that HME processing involves high temperatures, the active ingredient should be monitored for oxidative drug degradation throughout the manufacturing process. To this end, it is crucial that stability-indicating methods separate the active ingredient from degradants to accurately assess the viability of hot melt extruded pharmaceutical formulations.

Is hot melt extrusion right for your drug formulation?

While HME is a viable technology for both high dose and potent compounds, the high temperatures used during hot melt extruded production can present drug developers with challenges when it comes to API degradation and stability. Moreover, the efficacy of the final formulation is greatly affected by both material and carrier selection.

HME is an efficient technique for solid molecular dispersion and can provide sustained, modified and targeted drug delivery with improved bioavailability when a team of knowledgeable, expert formulation scientists are tasked with developing drug delivery systems and formulations suitable for HME processing and production. Element’s team of consultative, experienced formulators can assess whether your drug substance is a candidate for HME, applying their in-depth knowledge and understanding of HME theory, a quality by design (QBD) approach, and proven track record of success employing HME in pharmaceutical formulations. 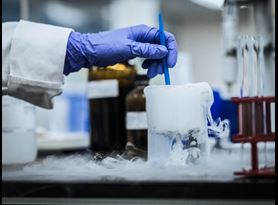 Our raw material and finished product testing bring peace of mind to manufacturers of drug products ensuring the safety, purity, and quality of both starting materials and manufactured products.