Through literature review and experimental research, Element’s Engaged Expert Richard Gundlach re-examined the roles of Manganese (Mn) and Sulfur (S) on the strength of gray iron.

Sulfur is often considered a tramp element, or an undesirable contaminant in metals. Gundlach’s research helped dispel the negative connotation associated with Sulfur in cast iron and in doing so found its inclusion to have many positive benefits when combined with appropriate quantities of Manganese.

A review of literature showed there are two main regions in gray iron chemistries. One of these regions is where Mn and S levels are below the solubility of MnS at the solidification temperature, the other region is one that is above the solubility limit. Twenty-four heats were created in various cast sections (up to 3 inches) to indicate the effects of S on strength utilizing various level of Mn. At different Mn levels, S was increased from low concentrations up to levels above the point at which MnS precipitated in the melt prior to reaching the eutectic temperature.

Master heats were created at three Mn levels (0.3%, 0.5% and 0.8%). Sulfur was varied from 0.01% to 0.15%. Chemical analysis of the iron was otherwise typical of Class 35 gray iron at a carbon equivalent (CE) value of 3.9 to 4.0 and sufficient alloying with Cu and Sn to assure a fully pearlitic structure. Mechanical testing was completed to provide tensile strength, hardness, chill width, and thermal arrests.

The results of the tensile tests were as follows: tensile strength first increased with sulfur, reaching a maximum peak value, followed by a decrease (in strength) with further increases in sulfur. Maximum strength coincided with the solubility limit of MnS inclusions. Using the 1.2 inch B test bar, strengths reached 42 ksi; while using the 3 inch diameter test bar, strengths reached 36 ksi.  For each Mn series, the differences in strength between maximum and minimum values were 44% and 38% for the B test bars and 3 inch bars, respectively. Variations in chilling tendency were modest, except at the extreme lowest and highest S levels.

Originally appearing in International Journal of Metalcasting (IJMC) and offered by Element with permission from American Foundry Society. 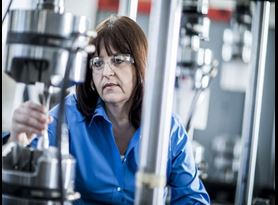 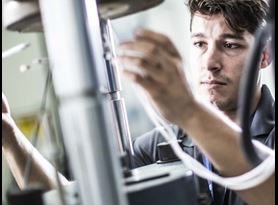 Element's mechanical tests are part of our destructive testing services, they show whether a material or part is suitable for its intended mechanical applications. 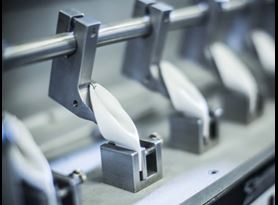 We conduct failure analyses of a wide range of advanced materials, including rubber, adhesives and sealants, paints/coatings and composite failure analysis.

Nothing is truly "unbreakable" and failure analysis gives insight into a material's ultimate breaking point.