EMC vs EMI Testing, What’s the Difference, and What do I Need to Consider? | Element

EMC vs EMI Testing, What’s the Difference, and What do I Need to Consider?

Electromagnetic compatibility (EMC) and electromagnetic interference (EMI) mean different things and are frequently referred to when discussing the regulatory testing and compliance of electronic and electrical products. However, while they might be closely related, it is important to understand that EMC and EMI are not the same things.

The importance of early consideration

Electromagnetic compatibility and interference are extremely important design considerations. Failing to consider them in the early stages of product development can result in the time-consuming and costly need to redesign the product at a later stage to meet EMC/EMI specification tests and prevent product failure or safety risk.

However, different requirements in the US and the European Union (EU), as well as differing interpretations of the meanings of EMC and EMI, often cause confusion when it comes to testing. In addition, specific industrial or military standards will apply to the product depending on its target market and therefore also need to be considered.

Evaluating how a device will react when exposed to electromagnetic energy is known as susceptibility or immunity testing and involves determining the ability of a device to tolerate noise from external sources.

Meanwhile, emissions testing measures the amount of EMI generated by the device that could affect other electrical products and can provide an accurate measurement of the amount and type of noise generated by a device. This is called an EMC level.

Determining which test to use

The device’s intended application will determine the exact type of testing required. Key questions to ask are:

The two key methods that electromagnetic activity or ‘energy’ can reach a product are through the air (radiation) or via the cabling (conduction). The standards used are therefore based primarily on radiated and conducted tests.

If a product has to be redesigned, it can be prohibitively expensive and result in delays to market and a loss in consumer confidence. Bad product design (from an EMC or EMI perspective) would be when earthing, filtering and shielding have not been considered. The result of which would include product failure during tests and in the real world would mean that the product would be unreliable and not work as intended.

With an excellent staff, ultra-modern facilities, and automated test methodologies, Element offers the most efficient and accurate EMC and EMI testing available anywhere.

Our Advisory Services make sure that the shielding, filtering, and earthing is properly considered early in the design process, supporting manufacturers through the complex nature of qualification testing.

Element provides access to testing laboratories on an hourly basis, as well as complete testing, reporting, and certification services.

For advice and support on EMC and EMI compliance or Element’s advisory service, please contact us.

Are You Ready for EMC Testing?

Element’s team of experts have put together an eight point checklist, to help ensure that you are fully prepared to present a device for EMC testing. 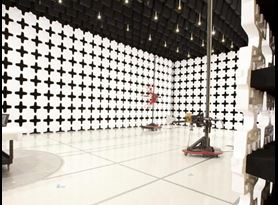 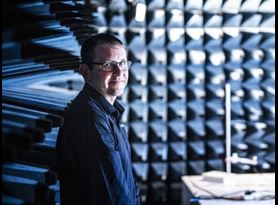 Electromagnetic Compliance (EMC) is often described as a ‘Black Art’ but the key to unlocking it is to understand its basic principles. Read our article to lean more. 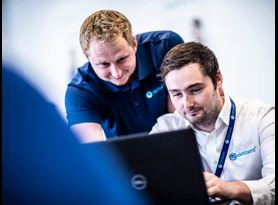 Watch our on-demand webinar explaining the gaps in procedures and standards for risk assessments of wireless and IoT devices. In this article, we look at the authorization of radio equipment for some of the world’s main market regions.