We continue to offer all of Avomeen's services from the same locations.

Toxic Elements Found in Baby Food: What it Means

On September 29, 2021, a subcommittee of the U.S. House Committee on Oversight and Reform announced heavy metal contamination had been detected in several baby food products currently on the market. Given the trust of the public in manufacturers of baby food products, in addition to the fact that babies and young children deserve to have access to the highest quality foodstuffs available, this finding was especially concerning.

Stricter standards for more rigorous testing requirements have been enacted, and will continually be monitored, refined, and expanded, as the government, lawmakers, and manufacturers are all responsible for ensuring the quality and safety of these products. The importance of testing baby food, the findings of the subcommittee regarding the contamination of baby food, and the dangers of heavy metal contamination will be discussed throughout this article. Additionally, some of the most frequently asked questions regarding the testing and safety of baby food will be answered.

Concerns regarding the presence of heavy metals in baby food

Fifty nationally distributed baby food products were analyzed by Consumer Reports in 2018 to determine whether heavy metals were present in the products. Each product was tested for cadmium, lead, mercury, and arsenic, and at the conclusion of the study, it was reported that measurable amounts of at least one of the aforementioned heavy metals had been observed in each of the baby foods tested. Two-thirds of the products analyzed were found to have levels of heavy metal contamination that approached harmful levels of exposure. Furthermore, it was reported that 15 of the products evaluated posed a risk to the health of an individual consuming less than one serving per day.

Some may be familiar with a few of the previously mentioned heavy metals, including mercury and lead, already having an understanding that there are known health risks associated with exposure. Lead paint in older homes and buildings in America is a well-documented and known safety concern, and mercury thermometers have removed from circulation for many years due to dangerous side effects and potential exposure. Additionally, cadmium can cause significant damage to the liver and kidneys if ingested in large enough quantities, and arsenic is a carcinogen with many severe side effects.

The effects of heavy metals

Routes of contamination of toxic residues in foodstuffs can include cultivation, production, and/or manufacturing. Organic food is particularly at risk, due to the lack of chemically based pesticides used in organic farming operations. The risk for toxic compounds in foodstuffs and crops extends beyond heavy metals, as mycotoxins, a class of dangerous microbial contaminants, can impact crops and agricultural products throughout cultivation and storage, largely due to environmental factors and conditions.

Heavy metals are often found in soil, water, and most importantly, food. Depending on the heavy metal, health risks can include cancer and decreased learning ability, which is particularly important when considering the impact of the consumption of contaminated baby food on early childhood development. Certain foods may have higher levels of specific heavy metals, and therefore pose a greater risk to the health of children consuming the product. However, exposure and the risk to health is also reliant upon the amount of the contaminant ingested. The FDA has more recently set standards on the subject of permitted daily exposure limits for heavy metals, among other things, for foodstuffs, including baby food which will be considered in this article.

Testing baby food and other foodstuffs for harmful contaminants

Analyzing baby food products for heavy metal contamination can be accomplished fairly simply at Element. As with any organic sample, foodstuffs are a complex matrix that needs to be broken down to release contaminants of interest into a solution. This is accomplished by heating a sample in acid to completely break it down, also known as “digestion,” to the point where it can be analyzed by inductively coupled plasma mass spectrometer (ICP-MS). ICP-MS is routinely capable of detecting analytes at parts-per-billion (ppb) concentrations and analytical methods can be optimized to detect elemental impurities and heavy meals at parts-per-trillion (ppt) levels, thereby facilitating our scientists’ ability to make reliable and confident measurements of heavy metals in these types of samples.

Frequently asked questions regarding the testing and safety of baby food

What can parents do to ensure baby food is safe and free from harmful contaminants?

The FDA is actively working to improve the monitoring, testing, and regulatory requirements for commercially manufactured baby food and related foodstuffs. It is nearly impossible to know which foods are completely safe, but the American Academy of Pediatrics has published a few suggestions with the intention of decreasing children’s exposure to heavy metals. This includes making a wide variety of different, natural foods available to children. Additionally, the American Academy of Pediatrics encourages parents and caregivers to feed children various types of grains, as well as have water sources checked for metal contaminants, avoid fruit juices, and to make healthy choices regarding fish.

What kinds of baby foods were found to have heavy metals?

How do heavy metals make their way into food?

While some heavy metals are naturally occurring, as they are found in the Earth’s crust, heavy metals are also released into the environment via pollution, thereby making their way into water sources and soil. Heavy metals and elemental impurities can also be introduced into foodstuffs during both manufacturing and packaging processes.

Does the FDA have published standards and guidance to regulate baby food and other food products?

At the time of the initial findings, the FDA had narrow testing and guidelines for baby foods. Manufacturers were free to test only ingredients, finished products, or choose not to test at all. At that point in time, the only metal standard for baby food that had been finalized regulated levels of arsenic in infant rice cereal. The FDA’s new action plan, Closer to Zero, details the actions the Agency is undertaking to specifically reduce the exposure of babies and young children to toxic elements.

What does the FDA’s Closer to Zero action plan mean for manufacturers?

Moving forward, manufacturers should partner with a trusted food testing lab to ensure food products do not contain heavy metal contaminants. This may include testing raw materials used within products, testing final foodstuffs, evaluating manufacturing processes, and more. Working with a lab that has extensive experience and expertise in food testing and food safety consultation is necessary to ensuring consumer safety.

The FDA’s action plan, Closer to Zero, focuses on the specific actions the Agency will take to reduce the exposure of toxic elements from foodstuffs consumed by babies and young children. This age group was targeted not just because of the study conducted by the Agency, but also due to their smaller body mass and metabolism, which makes this population particularly vulnerable. The FDA plans to concentrate on the following:

The FDA’s Closer to Zero action plan outlines a four-stage approach which includes research, regulatory, and outreach efforts. Based on a cycle of continual improvement, the Agency plans to continually evaluate the science, propose draft action levels, consult with relevant and necessary stakeholders, and finalize the action levels, all while monitoring, research, and compliance is ongoing. The timeline for the action plan began in April 2021, and is estimated to hit stage three in April 2024, with the understanding that it will be a continual process of improvement. More information about the action plan can be found on the FDA’s website. The Agency plans to continue to work in collaboration with the Department of Agriculture, the National Institutes of Health, and the Centers for Disease Control and Prevention to better understand the impact of these toxic elements and how nutrition and better agricultural practices can help mitigate the impact of toxic elements on human health.

Safety is one of Element’s top priorities, particularly the safety of consumers. As a leader in the analytical and food testing space, Element will be your expert partner offering experience, expertise, and peace of mind. Our collaborative, communicative team brings together advanced technical expertise, leading-edge instrumentation, and decades of industry experience to solve even the most complex problems. 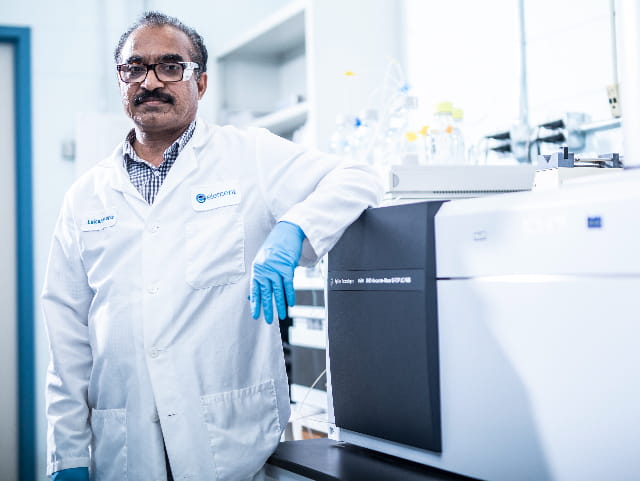 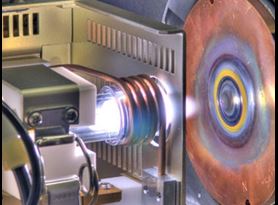 Element is a recognized world-leader in trace metal analysis, providing testing for elemental impurities by ICPOES and ICPMS in compliance with USP, EP (2.4.20), and ICH Q3D guidelines. 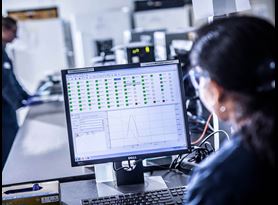