Wireless Devices A Guide to Compliance in the US and EU

Radio product manufacturers are required to certify their products to ensure they are compliant with regulatory frameworks in markets across the globe, including the US (governed by the FCC) and Europe (governed by the EU). While there are many overlapping considerations in the compliance of products, there are significant and divergent requirements between major global markets.

In the U.S., compliance is governed by the FCC, which permits Telecommunications Certification Bodies (TCBs) to certify products. TCBs have the same certifying authority as the FCC, and can often provide testing and certification faster and with more competitive rates. Notified Bodies (NBs) provide conformity assessment in E.U. countries, certifying products for manufacturers. As a result, NBs are well-placed not simply to provide assistance in certifying products, but to also ensure a smooth transition from the previous compliance regime to the new set of regulations.

In both the U.S. and E.U., such organizations can issue certification, while also providing expertise to ensure that products arrive at the compliance stage with the regulation in mind. This approach dramatically reduces the likelihood of failure, which can delay and thereby compromise a product’s competitiveness once it is taken to market. This article provides an overview of the wireless EMC compliance process for electromagnetic compatibility (EMC) in these markets.

EMC compliance is an area that can directly affect large numbers of manufacturers. As the technology for developing wireless capabilities becomes significantly cheaper, radio is a useful tool for more and more existing products. However, while manufacturers may have some level of radio-frequency capability in-house, it is unlikely that EMC and related complex capabilities will be available, particularly in the cases where the product originates in a sector far removed from this type of technology. These types of circumstances can introduce a range of issues at different stages of product development and launch which may have a significant impact on the process.

As compliance is effectively a final hurdle prior to going to market, it can be overlooked at the earliest stages of development. However, once design and prototyping are underway, costs associated with making changes increase. Consideration should therefore be made to avoid costly scenarios: a product that requires significant design changes at the compliance stage could introduce significant delays in taking the product to market. This is implications here; for example, an innovative product could miss out on the advantages of being first to market in the event of long delays.

The most economical use of test time can be achieved through the use of a test plan. The information contained in a test plan will allow test laboratories to provide more competitive rates, better preparation in advance of testing, and, consequently, more effective use of test time. The test plan should include a thorough functional description of the product. The following parameters should be specified: output power (fixed or variable), data rates, modulation scheme(s), channel assignments, wired input/output (I/O) ports, power supply requirements, accessories, and installation options. Too often during the authorization process, an untested feature is revealed in the user manual that was not obvious in the sample presented to the testing laboratory. A test plan is a key strategy in preventing delays during the equipment authorization process.

From the beginning, EMC compliance must be a design consideration. Fortunately, the principles of good EMC design and smart RF design are similar. Although some engineers may rely entirely on shielding as their suppression strategy, in most cases, single solutions do not exist. Rather, a combination of strategies is required to achieve compliance. In addition to shielding, the focus of EMC design should include grounding, filtering, component selection, and printed circuit board (PCB) layout. If experienced EMC design talent is not available in-house, seek the advice of an EMC consultant familiar with that particular radio technology. Involve your expert at regular intervals during the design cycle.

The FCC rules for wireless devices are found in Title 47 of the Code of Federal Regulations (CFR). Title 47 is organized into parts that cover the various radio services. While TCBs can provide services for most testing and certification needs, there are a few restrictions.

Type Acceptance: Required an application to the FCC; applied to licensed transmitters.

Notification: Required an application, but no measurement data; used for products with a good record of compliance, such as most receivers.

Declaration of Conformity (DoC): A self-approval procedure that required no application to FCC. The product must have been tested at an NVLAP- or A2LA-accredited lab. This procedure was used for personal computers and peripherals only.

Verification: A self-approval procedure that did not require testing at an accredited lab; used for non-residential devices operating under FCC Parts 15 and 18.

SDoC (Suppliers Declaration of Conformity): This applies to most receivers, personal computers and peripherals, and residential Part 18 devices.

Other aspects of the FCC authorization process have been made easier. For years, lengthy FCC processing times burdened radio manufacturers. The application process was so complex that it often required an in-house expert to shepherd the transmitter through regulatory hurdles. Internationally, in comparison with other regulatory agencies, FCC was becoming increasingly different in its system of product authorizations. Eventually, it was realized that the FCC certification process was not in harmony with international mutual recognition arrangements (MRAs).

In response, FCC devised an alternate authorization process that was intended to remedy these problems. In Docket 98-68 (12/17/98), TCBs were established, and FCC designated the initial group of TCBs in June 2000. Without replacing the existing FCC approval process, the new process uses private entities (designated by FCC) to issue transmitter and telecom certifications. Manufacturers have the choice of using either FCC or TCBs to certify products. TCBs function like FCC by certifying a product based on the test results of one representative sample. The TCB authorization process also parallels the product certification processes in other countries—an essential step in the MRA process. The FCC rules governing TCB designation and operation are found in 47 CFR 2.960 and 2.962.

Using a TCB also has advantages for other projects. Because they are required to keep strict accreditations and up-to-date knowledge on a variety of industries and test types, having a relationship with a TCB provides a reliable source for product safety and compliance testing in the future.

TCBs certify devices in accordance with FCC rules and policies. They issue written grants of certification based upon applications that contain the same information currently required by FCC rules. The grantee remains responsible to FCC for compliance. TCBs accept and review test data from manufacturers or test laboratories. However, TCBs are responsible for the accuracy of the test data and may perform laboratory Wireless Compliance audits or ask for sample units for testing before accepting test data. TCBs verify that all FCC labeling requirements, including FCC identification, are met.

The history of the R&TTE provides useful insight into the practical constraints of the newly launched RED. On April 1, 2000, Directive 1999/5/EC (also known as the R&TTE Directive) went into effect. It dramatically changed the way manufacturers achieved compliance for their wireless devices in the EU. Previously, approval was obtained from the spectrum authority in each country. Because few MRAs existed, it was an arduous country-by-country process. The notified body in each country played a primary role in the approvals process. Under RED, compliance is based on a manufacturer’s DoC. The role of a notified body is greatly diminished. Their expertise is required when harmonized standards do not exist; otherwise, manufacturers can voluntarily elect to use their services. A guiding principle of the directive is that manufacturers take full responsibility for their products and should test to verify compliance.

Unlike FCC rules, the RED requires no certification prior to marketing. In the absence of tight premarket controls, post-market surveillance is the primary enforcement strategy. Several member states have comprehensive surveillance and testing programs. Not only is compliance with the applicable technical standards randomly checked, but labeling and user information are thoroughly reviewed as well.

Element Materials Technology is a fully-accredited organization testing and certification for EMC compliance of radio devices, as well as complementary accreditations including safety testing. Element’s dedicated team has many decades of experience at locations across the U.S. and Europe, comprising industry leaders who play a key role in the development of international standards.

Radio manufacturers now benefit from streamlined processes for achieving compliance for wireless products. However, a whole host of challenges remain, emphasizing how important it is to engage with product qualification testing partners at the earliest opportunity.

For more information on EMC compliance in the U.S. and the E.U., contact us today. 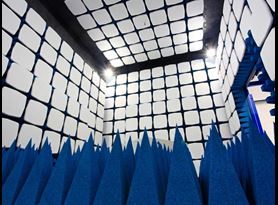 Find out about Element's comprehensive range of EMC service and testing capabilities in the USA, UK, and Germany.

Element has a dedicated team providing ISO 17065 accredited Product and Business Process Certification Services that are delivered from many of our offices across the globe. 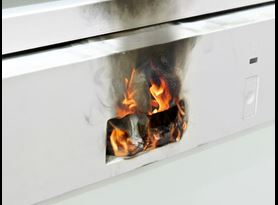