Temperature ramp rate is useful for simulating real-world temperature fluctuations for aerospace structures. Learn more about which ramp rates are best for defining a test and discover the array of temperature testing capabilities that Element offers.

What is a temperature ramp rate?

In terms of environmental testing, this typically refers to the rate (change of temperature per unit of time) at which a climatic chamber transitions its internal air temperature via its heating or cooling plant.

What is the purpose of selecting a particular temperature ramp rate when defining a test?

The specified rate of temperature change tests determines the ability of components, equipment, or other articles to withstand and function during changes of ambient temperature. These tests simulate the full range of temperature extremes that parts and structures often experience while in use. For example, an airplane that may see 50°C or higher temperatures while taxing at Dubai International Airport can experience air temperatures of -57°C just minutes later at an altitude of 40,000 feet. 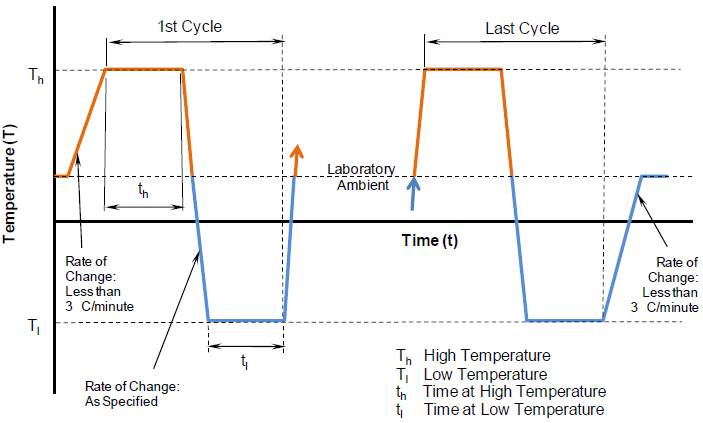 A maximum ramp rate of ≈ 50°C/minute to ≈ 100°C/minute (facility site dependent) can be achieved in Element’s HALT (Highly Accelerated Life Testing) chamber, although this is only suitable for small test specimens due to the chamber size.

What temperature extremes can Element achieve?

Element provides a wide variety of climatic test environments to cater to our customers’ needs. An overview of our temperature capabilities across our range of climatic chambers are as follows:

Can temperature testing be combined with vibration and shock testing at Element?

Certainly – Element combines temperature conditioning (either static or cyclic) with vibration and shock testing by fabricating a bespoke temperature chamber and incorporating this setup onto one of our vibration systems. The item under test is enclosed in a bespoke chamber constructed from rigid PIR insulation boards. This chamber is supplied with conditioned air supplied by an environmental pre-conditioning unit via insulated ducting. The chamber would be suspended over the vibration system by a support frame to ensure a seal between the chamber and the vibration system. Some of our systems in the USA also offer humidity control of up to 90% RH.

If you would like additional information about temperature ramp rate or temperature conditioning testing, contact Element to speak to one of our engaged experts today.

Element has a dedicated team of experts providing ISO 17065 accredited certification services from offices across the globe. 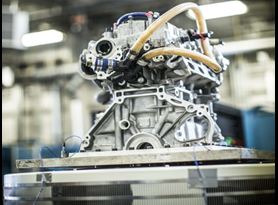 Find out how Element's vibration testing services help to make certain that the products we test for our customers will perform safely and as expected when in the field.

Element is a leading provider of product compliance and qualification testing services to its customers in the Aerospace, Construction, Defense, Digital Engineering, Energy, Life Sciences, Transportation, and Telecommunications industry sectors.

Element can recreate the conditions your parts or products will face in actual use.