To ensure that plastic and rubber chemicals do not transfer into drug products at levels that present a risk to public health, extractables and leachables (E&L) studies are a requirement for pharmaceutical product submissions.

Although regulatory guidance has been published by both the United States Pharmacopeia (USP) as well as the Product Quality Research Institute (PQRI), there is no prescriptive approach to these studies, which allows for some flexibility in study design. However, the customization of these studies also allows for some pitfalls in study design, which can lead to regulatory findings upon review. With decades of experience successfully designing and delivering extractables and leachables studies, as well as providing regulatory and scientific support to clients who have relied upon Element to address deficiencies in E&L study design, we have observed several common missteps which can be avoided, including:

Extractables and leachables studies often are carried out in the very late stages of drug development. At this time, packaging has either been finalized, or is very near finalization. In these instances, when extractables are observed above the safety concern threshold (SCT), the result is often taking an approach to justify raising the threshold limits based upon toxicology arguments. While this particular approach may or may not succeed and be accepted by the FDA, in any event, would have been unnecessary if extractable screening had been carried out during early drug development, prior to final material selection and supply chain arrangements. By adopting an approach to E&L study design that incorporates extractables screening in early drug development, drug developers can easily pivot from problematic materials that require substantial toxicology arguments to obtain regulatory approval, which may or may not be granted.

Some sponsors choose to perform extractables screening on a combination of components with the goal of saving both development time and costs. For instance, a single study is performed on a mix of bottles, liners, caps, and labels, rather than carrying out extractables studies on each of the individual components. Sponsors who decide to pursue this approach will encounter two problems.

First and foremost, it is significantly more difficult to determine both the source and identity of extractables that are found during the extractables screen.

The “reversed leaching study” is another time and cost-saving strategy that some sponsors rely upon. Sponsors who choose to employ this strategy avoid extractable screening, instead moving directly to simulated leaching analyses. As a result, data will then be presented in filings to the Agency that no additional peaks were observed relative to the bulk product. This approach is problematic because without an extractables study, one does not know where potential leachants may appear in the chromatography, and they very well may be masked by drug product signatures.

Recently, the Agency has been dedicating higher levels of attention to manufacturing components that come into contact with drug product. Initially, the focus had been on injectable drugs, but the Agency has issued findings in filings for oral solutions. The current expectation is that all materials which contact the drug product during manufacturing, although contact may be transient, must be evaluated for potential leachants. A decade ago, clients would have been advised that the FDA is not concerned about leachants from stainless steel, but that no longer holds true. Therefore, even stainless steel holding tanks must be evaluated for metals leaching.

When industry began addressing extractables from plastic packaging, a safety concern threshold (SCT) was established, below which one did not need to be concerned with the impact to public safety from the carcinogenic or non-carcinogenic effects of leachants.

From food packaging contact guidance, an SCT of 1.5 ug/day of an unknown analyte, assumed to be carcinogenic and assumed to be of average carcinogenicity, would raise the cancer rate in the population by one additional case in 100,000 individuals. Early SCTs, developed for inhaled drug products, out of an abundance of caution, were set to be 0.15 ug/day, providing a risk-based approach for controlling leachants in drug products. Safety concern thresholds have increased over the years, particularly regarding low leaching risk/low risk of route of administration drug products, leading some sponsors to argue for SCTs as high as 20 ug/day. The FDA stated at the June 2019 Smithers Rapra Extractables and Leachables Conference in Bethesda, MD, that in no case will the Agency accept SCTs higher than 5 ug/day. Thus, exceeding that level will trigger a finding upon review. 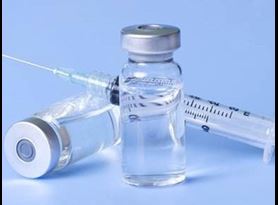 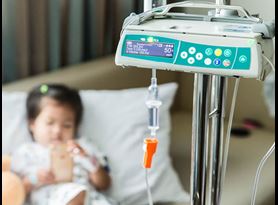 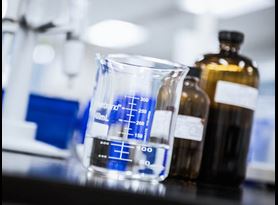