Medical devices are some of the most heavily regulated product types available on the market today, and rightly so – any type of product failure can have negative consequences, from a patient not seeing the therapeutic benefit of the device to an injury or even a fatality. When the medical device is merged with a wireless functionality, the regulatory framework becomes even more complex and is subject to greater knowledge of regulatory compliance to ensure that the overall product is safe, fit for purpose and compliant with the various regulations. As a result, EMC testing of medical devices is a critical part of any testing program.

Understandably, many medical device manufacturers focus on the clinical aspects of their product and don’t always understand the impact of its use in close proximity to other electrical equipment or wireless devices. This paper seeks to highlight these issues and provide guidance on what to do.

First, it is important to understand that in the medical world, the term ‘EMC’ is not sufficient to categorise the assessment of Electromagnetic Disturbances as required by the various regulations throughout the world. For EMC testing of medical devices, it is the basic safety that the product provides as well as the essential performance that need to be assessed to ensure that the expected benefit and protection that it is designed to provide. The requirements can be considered as being similar to functional safety for the assessment of the EM disturbances in other areas of industry.

EM testing is not, and cannot, be the sole responsibility of the EMC test engineer or community to define the EM requirements for a medical device since the clinical evaluation and risk management are essential to achieving both electromagnetic compatibility and electromagnetic safety. The actual EM testing is a relatively small part of medical device approval and takes into account the environment as well as EM risk identification, analysis and controls to mitigate the threats posed by other electrical equipment.

"Any type of product failure can have negative consequences, from a patient not seeing the therapeutic benefit of the device to an injury or even a fatality." Steve Hayes

While many of the same methods are included in both versions, which at first glance makes the changes seem minor, emphasis has shifted from a standard based on functionality to one based on safety. To underline the differences, the IEC has issued a new document, IEC 60601-4-2, which provides greater clarity on the issue and the difference between electromagnetic performance and electromagnetic safety assessments.

Risk Management is at the very heart of EMC testing of medical devices, and a manufacturer is required to perform an assessment based on the requirements of the standard in conjunction with any risks they identify. Additionally, the Food and Drug Administration (FDA) in the US requires manufacturers to consider the implications when exposed to known RF devices used in medical centres such as hospitals. AIM 7351731 specifically addresses the threats from Radio Frequency Identification Readers (RFID) and is recognised by FDA for doing so. It applies to any medical electrical product that could be exposed to RFID and assesses the specific modulations (across a number of frequency bands on which they operate).

Using the experience that Element has for conventional EMC testing, we have developed a range of services to help manufacturers prepare and test against this standard, ensuring that these types of risk are mitigated for EMC testing of medical devices.

When a medical electrical product incorporates a wireless function, it increases the regulatory requirements considerably. In addition to supplementary EMC assessments, manufacturers need to consider the international transmissions from the product to ensure that the product operates on the correct frequency, transmits the right power level, and other essential radio characteristics. These aspects are regulated through agencies such as the FCC (US), ISED (Canada), and the European Radio Equipment Directive (CE marking).

Regarding the EMC for a wireless device, the manufacturer needs to determine if the presence (or lack of) a wireless link affects the essential performance or basic safety of the device. Clearly if a wireless device cannot communicate, its performance will be affected and its intended functionality is undermined.

Given that more and more products are designed for wireless use, the radio spectrum is becoming very congested, increasing the probability of interference – Bluetooth, Wi-Fi, ZigBee, and ANT+ are all technologies that use the 2.4GHz ISM band and must coexist with one another to ensure they work as intended.


The loss of Wi-Fi for a smartphone would be a mere inconvenience, until the phone itself is used as part of a medical decision process to speed up an essential evaluation process. Remote alarms that rely on a Wi-Fi connection to a nurse station could equally have a major impact if it were being used to alert critical signs of a patient or IV drug failure. Appropriate radio interference and immunity testing of medical devices helps to ensure that these critical functions continue to perform in an increasingly crowded space.

“Given that more and more products are designed for wireless use, the radio spectrum is becoming very congested, increasing the probability of interference.”

The Association for the Advancement of Medical Instrumentation (AAMI) published a standard (AAMI TIR69:2017 - Risk management of radio-frequency wireless coexistence for medical devices and systems) to help guide manufacturers with the assessment of wireless devices, ensuring that they coexist with other wireless products. The document is used in conjunction with ANSI C63.27:2017 (American National Standard for Evaluation of Wireless Coexistence), which provides the test methods and is an essential part of ensuring that a wireless device is fit for purpose in its intended EM environment and will work alongside other wireless devices.

The assessment for coexistence involves the communication of the medical product, followed by the introduction of interfering signals close or harmonically related to the fundamental frequency. This ensures that the essential performance and communication of the product is maintained.

Element has invested heavily in a range of services to help, guide and test for wireless coexistence and is able to offer these services in a variety of locations both in the UK and US. 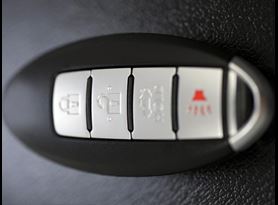 Element works with Chipset Vendors though to those integrating radio modules to enable them to deliver their wireless and radio products to market. 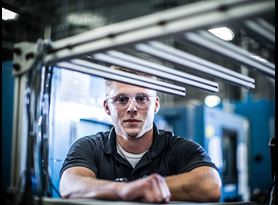 As a National Certification Body (NCB), Element can test your products under the IECEE CB Scheme and can provide internationally recognized certificates. 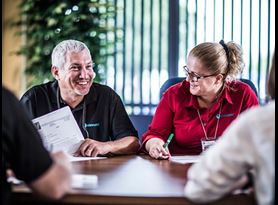 Our team of safety experts can guide you through the most effective way of getting your product onto the prospective market quickly. 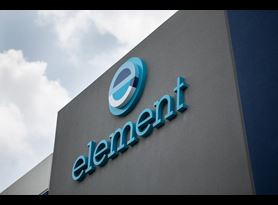