The behavior of metallic materials under cryogenic temperature conditions differs significantly from their behavior at room temperature for the same type of test. This is due to various physical phenomena that become relevant when the temperature reaches that of liquid nitrogen (-196° C) or falls further when approaching the temperature of liquid helium (approximately -267° C).

The following is a qualitative description of typical behavior that occurs at low temperatures. This narrative, although very simplified, attempts to give an account of what is evident during laboratory tests.

Among the most relevant effects at cryogenic temperatures is the heat capacity at constant volume (Cv). Under constant-volume conditions, the primary contribution of the temperature (T) variation is the variation of the internal energy (U) of the body concerned. Its value can therefore be expressed as:

To a sufficient degree of approximation, it can be stated that the molar-specific heat at temperatures around and above room temperature for almost all solids is constant and independent of temperature. In accordance with Dulong Petit’s law it is approximately equal to:

This law ceases to apply as we approach cryogenic conditions, where quantum phenomena become increasingly relevant. At temperatures below 20 to 30 Kelvin, Dulong and Petit’s law ceases to be applicable and other models such as the Debye integral must be considered.

Basically, these statistics agree that the specific heat tends to zero (or at least to very low values as in Einstein’s model) as the temperature approaches absolute zero.

As can be deduced from the expression of Cv above, a very low Cv value causes strong temperature variations even for small variations in internal energy ∆U, potentially generating thermal instability phenomena in the material in the question of sufficient intensity to contribute to structural variations in the lattice.

The second relevant phenomenon at low temperatures is the reduction in the mobility of dislocations within the solid matrix, which is progressively less favored by temperature-related transport mechanisms.

This reduced mobility further favors the piling up of dislocations close to obstacles already present in the lattice (e.g. in the presence of Lomer-Cottrell dislocations, which can form in FCC-type lattices, such as in austenitic steels).

The piling-up process proceeds until the energy stored at the barrier exceeds the energy of the barrier itself. At that point, a collapse of the structure occurs with a rapid release of the stored internal energy. If during the stacking phase the change in internal energy ∆U remains limited, the collapse of the barrier causes a significant release of this energy which, with Cv very low at cryogenic temperatures, consequently causes a rapid temperature peak that can be of the order of tens of degrees.

The energy released triggers avalanche phenomena at most of the blocked sites, encouraging a repeat of the same phenomenon.

At a macroscopic level, the above becomes evident and visible in the results of laboratory tests.

In particular, the graphs of stress and strain for a tensile test show a typical serrated pattern, with strong and frequent oscillations, each associated with the phenomenon of energy accumulation and release described above (Figure 1). These oscillations can affect a significant percentage of the graph area, in many cases from 10% to 30% of the total elongation.

A well-known phenomenon that occurs during cyclic fatigue testing is the hardening of the material. This phenomenon becomes particularly relevant and clearly visible even at -196° C. In Figure 2 it is evident that the endurance to cyclic loading at -196° C is much better than the same test at room temperature.

The last test considered in this article is the Charpy test. Finite element simulations performed at Element Milan show that the test technique is usually used as described in ISO148 and ASTM E23, which involves cooling the sample to the desired temperature, transferring the sample to the testing machine, and then impact testing within 5 seconds. It is not applicable at extremely low temperatures, though.

The solution adopted by Element Milan for Charpy tests at very low temperatures is to perform the test under conditions of continuous helium flow.

This dramatically limits the temperature rise due to the transfer of the sample from the dewar to the test system. This allows us to guarantee a nominal temperature of -267° C, with an uncertainty of approximately 20 Kelvin. 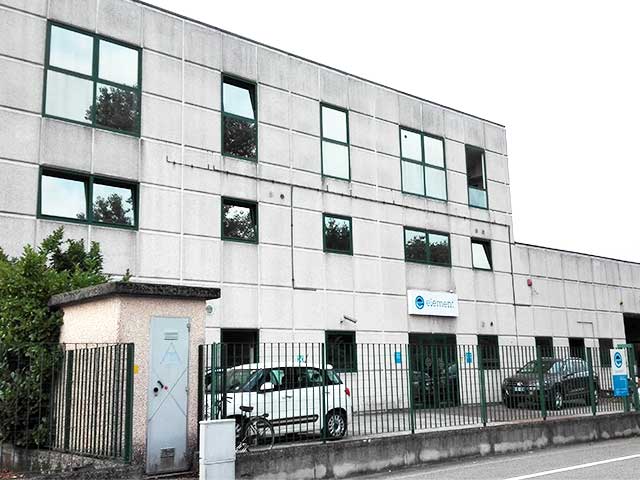 Element Milan is a UNI EN ISO 17025 and UNI EN ISO 9001 that offers both routine and bespoke mechanical testing under cryogenic conditions.

Element Milan has more than 15 years of experience in performing mechanical testing under cryogenic conditions. Dedicated to low and very low-temperature, the laboratory performs tests on different types of materials (steel, aluminum alloys, copper, and composites) down to 4.7 Kelvin (approximately -268° C).

The laboratory has a comprehensive track record for delivering routine test projects, and innovative, fully customized client-specific projects that require a collaborative approach to being able to fully cover the energy and aerospace end markets. Tensile test, compression tests, impact tests, fracture mechanics, and fatigue tests can be carried out using special climate chambers designed to keep temperatures as low as -268°C. 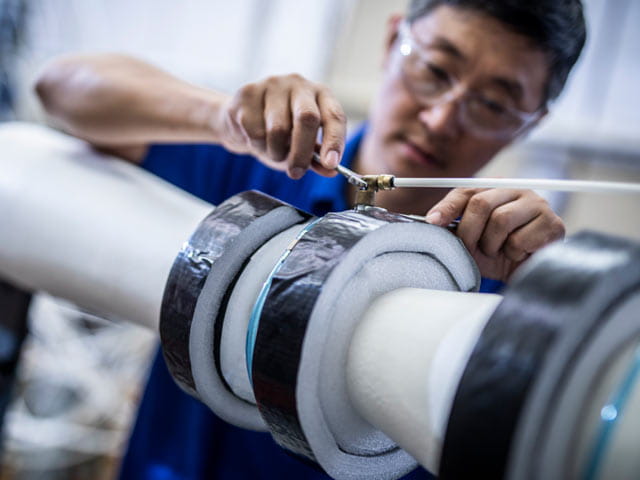 On-Demand Webinar:Criticality of Failure Analysis in the Energy Industry 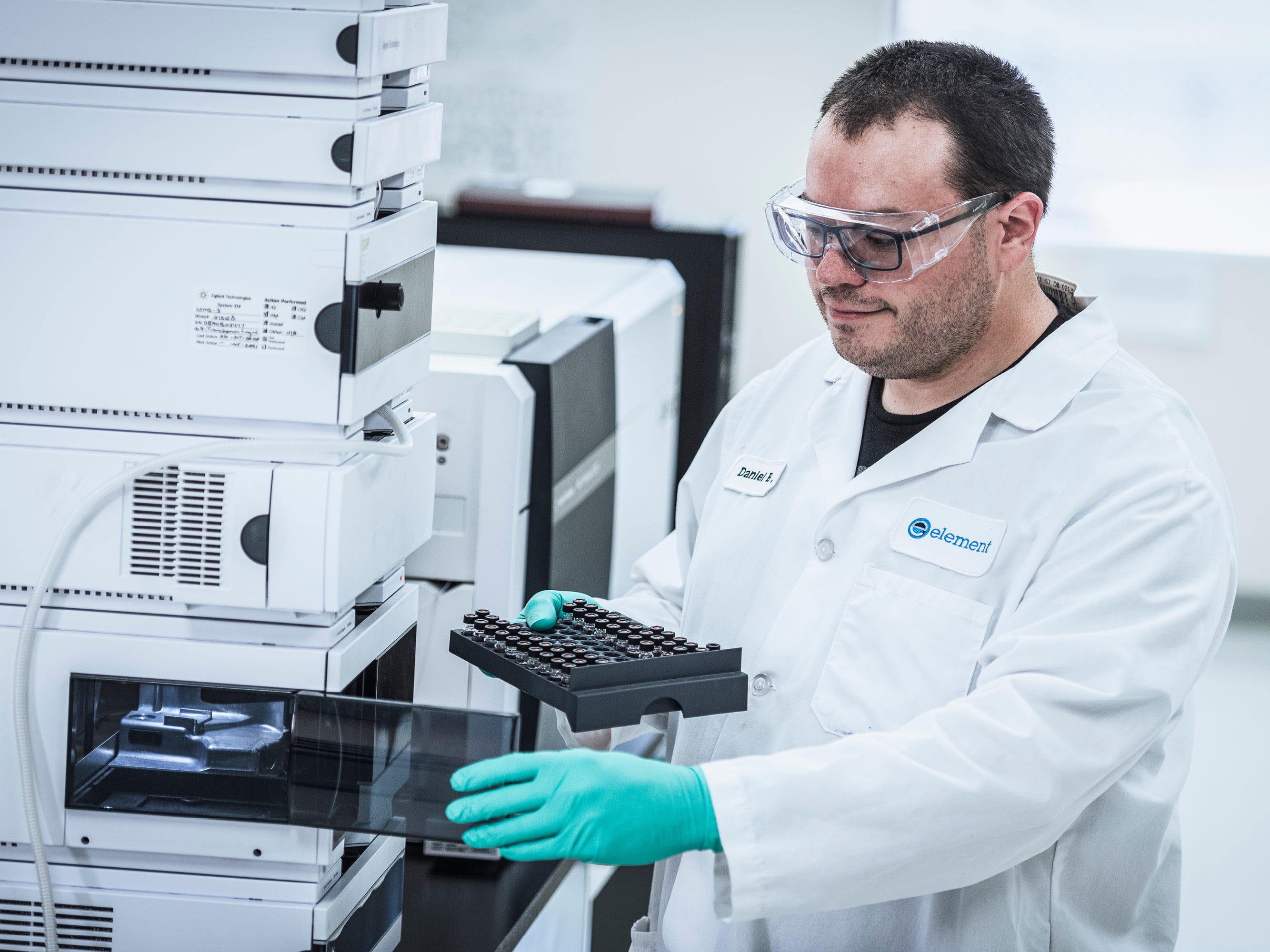 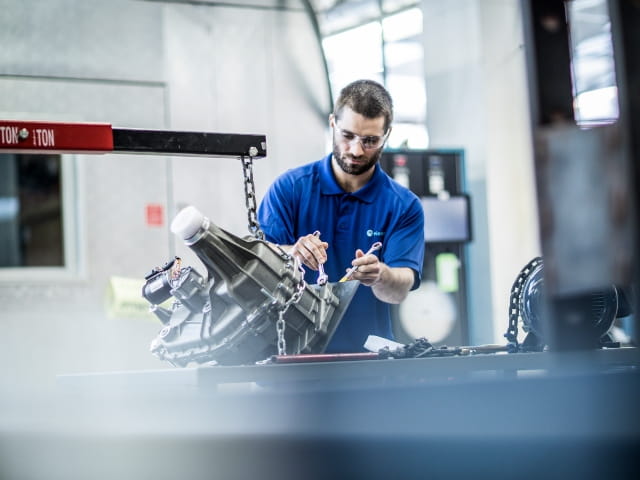