A Guide to Fatigue Testing in Composite Materials | Element

When a material is used in a component or product, fatigue life is an important consideration in practical applications. During cyclic loading, most materials will eventually fail. The longevity of a material (before failure) is dependent on the force and application of stress.

Why composite fatigue testing is important

It is important to predict fatigue life of structures in order to anticipate potential failures, understand the useful life and diminishing returns of a product or material. Analyzing fatigue properties of materials through real-life simulation testing is often an effective process for avoiding loss in revenue in all parts of the product life cycle. There is a long history and theoretical basis for understanding metal fatigue, but composites have unique attributes, so fatigue testing is imperative to bring these attributes into consideration.

Properties of fatigue of composite materials

In the in-plane fiber direction, composites are strong and stiff.  In this direction, static properties usually limit the design. For the in-plane direction, fatigue performance is better than on monotonic materials, because cracks may be arrested by the fibers.  As a result, in-plane designs are usually limited by strength, rather than fatigue.

Most composite structures are designed to have low out-of plane loads. However, there are also materials applications with large bending stresses, such as those found in blades, jet engine fans, helicopter rotors and wind turbines. These blades may experience extremely high fatigue during application and require testing.

During fatigue testing, stresses are most often applied with a constant amplitude and sinusoidal waveform. Other waveforms may be applied, but a sinusoidal waveform is most common in industry. In spectrum fatigue, the loads are used to simulate the load regime materials see in use. Amplitudes are varied in a way that simulates what has been observed in actual parts. This may be important if the area around a fatigue crack tip is work hardening.  This is not usually the case with continuous fiber polymeric composites, so spectrum fatigue is not routine for composite fatigue testing.

ASTM D3479 is a standard for tension-tension fatigue testing of composites. The test approach is to take a standard ASTM D3039 tensile coupon and apply cyclic loads in tension. The ratio of the high load to the low load is 10:1. This is described by an R ratio of 0.1. The R ratio is the low stress divided by the high stress. The test is generally conducted in the elastic region of the stress strain curve. The test rate is selected such that the material will not self-heat. 5 to 10 Hertz is often used. A thermocouple is often attached to the specimen to monitor for self-heating. Active cooling, such as a fan, may be utilized to increase the test rate and the allowed self-heating should be specified by the test requester.

How composite fatigue testing is performed

As with most mechanical testing, specimen preparation is critical. For tension-tension tests, load introduction tabs should be used to prevent wear and uneven loading in the gripping area. Surface finish of the edges should be as smooth as practical. The angle of the specimen should be correctly oriented with the fibers.

CMH17, the design handbook for the use of composite materials and aircraft, recommends characterizing open-hole and bearing fatigue to help understand joint behavior. These tests may be performed at a differing R ratio such as 0.2 or fully reversed, at R=-0.1. In the fully reversed case, specimens are usually supported with a side support fixture per ASTM D6484.  The specific details for open-hole fatigue testing are described in ASTM D7615. At Element, we take considerations from the CMH17 handbook into consideration for our testing and composites are evaluated thoroughly.

Sometimes it is important to define failure criteria.  When the sample will no longer carry a load and winds up in two pieces, it has clearly failed. However, some specimens only deform gradually, so sometimes a maximum deformation or displacement needs to be defined in the failure criterion.

Fatigue testing of impact-damaged laminates is also of interest. Designers need to know if damage from an event like an impact can propagate during use. To help consider this, specimens are subjected to small impacts. These create damage known as BVID, barely visible impact damage. This level of damage is selected because it can be observed by maintenance personnel on the aircraft, even though it is small. By fatigue testing this damaged area, one can determine if the damage will grow in service. These fatigue tests are often performed on sandwich beams in bending.

The fatigue testing of this material may continue without specimen failure. A preset maximum number of cycles, often called “run out”, will be specified by the test requester. This is often one million cycles for composites. When a specimen reaches run-out the test is concluded, and a residual strength test or other nondestructive evaluation may be performed.

Understanding how fatigue cracks propagate in materials and structures is part of the science of fracture mechanics. To help understand fatigue behavior, a suite of tests is used to characterize cracking in different opening modes. Double cantilever beam specimens have a delamination at one end and are gradually pulled apart. The static test described in ASTM D5568 provides a value for strain energy release rate in the tensile mode, mode 1 or GiC. The fatigue test method for mode one is ASTM 6115. This tests the number of cycles to onset of crack growth at various levels of crack energy. By running tests at various levels of G for the initiation fracture toughness, experts create a G dash N curve. The strain energy crack growth rate or D a / d N can then be calculated.

By bending a notched specimen, called the end notched flex or ENF, the crack may be initiated to propagate in shear, giving a mode two strain energy release rate or Giic. The static mode 2 test is ASTM D7905. The fatigue version of the mode 2 test has not been standardized, but generally follows the mode 1 approach.

In most cases, fatigue testing is performed to generate an S dash N curve. This is a curve of the number of cycles versus stress. When plotted logarithmically this is a straight line to obtain an SN curve and at least 12 specimens should be tested, with at least three or four different stress levels. More specimens will provide better resolution for this curve.

Fatigue testing is an important step in assessing the durability of materials. This process should be performed at the environmental extremes that may occur when the structure is in service.. This includes high and low temperature testing and moisture content in composites. If the primary loads are thermal, then thermal cycling may be performed.

Due to a multitude of testing possibilities, it is recommended to utilize experts when testing for fatigue on products and materials. At Element, we have the global capacity and expertise to assist with your fatigue testing needs across all major industries to meet advanced quality standards. 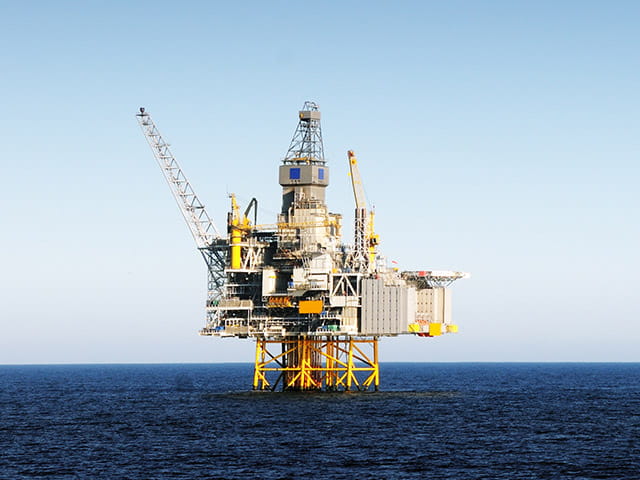