Nitinol has become a popular material choice for medical devices implanted through minimally invasive procedures due to its highly elastic and shape memory mechanical properties. Element evaluates nickel leaching for medical device manufacturers from nitinol and other nickel-rich medical devices.

Nickel can be immunotoxic for patients, especially those with nickel allergies, and adverse biological responses to released nickel ions are a concern for patient safety.

While there is no standardized method for the in vitro assessment of nickel leaching, Element has developed a custom test setup that allows for nickel ion quantification during fatigue testing and is at the cutting edge of characterization testing development for the medical device industry.

Element’s cardiovascular device testing experts collaborated with the FDA on a study regarding the “Impact of Fatigue Testing and Surface Processing on Nickel Release in Nitinol Stents” (Shap. Mem. Superelasticity, 4: 462-471, 2018). During this study, we utilized our innovative custom test setup to show that dynamic pulsatile fatigue loading accelerated the release of nickel in vitro compared to typical static immersion conditions, emphasizing the importance of assessing nickel release during fatigue testing.

Nickel release testing measures the concentration of nickel leached from the device into a fluid with physiologic temperature and pH. The recommended length of testing for permanent implants is at least 60 days.

Nickel ions are captured in a suitable, low volume reservoir as the device is being radially fatigued.  Deployed vessels are filled with a small amount of isolated test media, which absorbs released ions during testing. Isolated media is extracted at several interim time points with most extractions concentrated at the beginning of the test to capture the initial bolus release. Released nickel from the isolated test media is quantified using inductively coupled plasma mass spectrometry (ICP-MS).

Element’s test setup can be readily modified for different types of medical devices, for which nickel ion release characterization combined with mechanical loading is desired. For more information about this test, you can also read our article on Nickel Ion Leaching Testing of Nitinol Medical Devices. 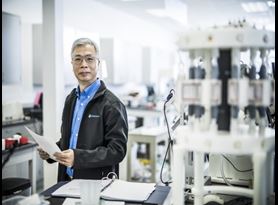 With an increasing awareness of the effects of nickel toxicity in medical devices, recent publications have focused on the effect of surface treatment for NiTi devices and how it affects the corrosion resistance of the device. 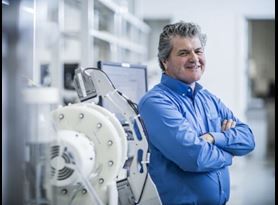 Minimizing particulates and increasing coating lubricity can be two competing requirements, which presents challenges for device manufacturers. Our experts evaluate coatings and particulates intending to bring safe and reliable products to market.